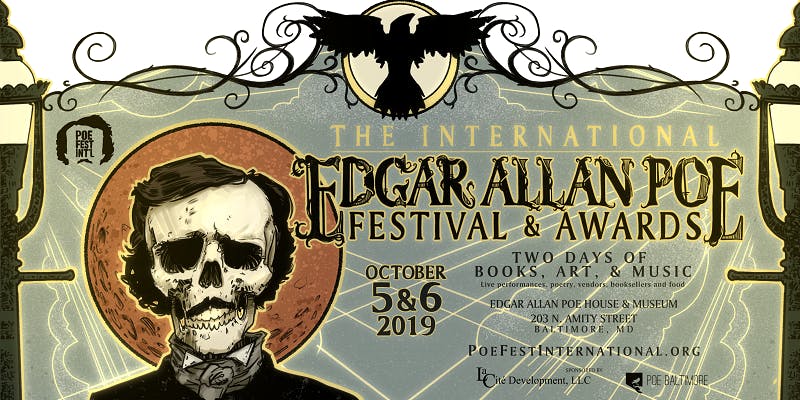 This weekend (October 5th and 6th) Poe Baltimore will be hosting the 2019 International Edgar Allan Poe Festival and Awards at Edgar Allan Poe House & Museum from 11 AM to 4 PM each day. Check out the full event listing on Culture Fly! Last week I had the spooky opportunity to visit Poe House and got a chance to sit down with their not-so-creepy Executive Director Enrica Jang. We chatted about what to expect at a festival focused on the death of a very famous Baltimorean... 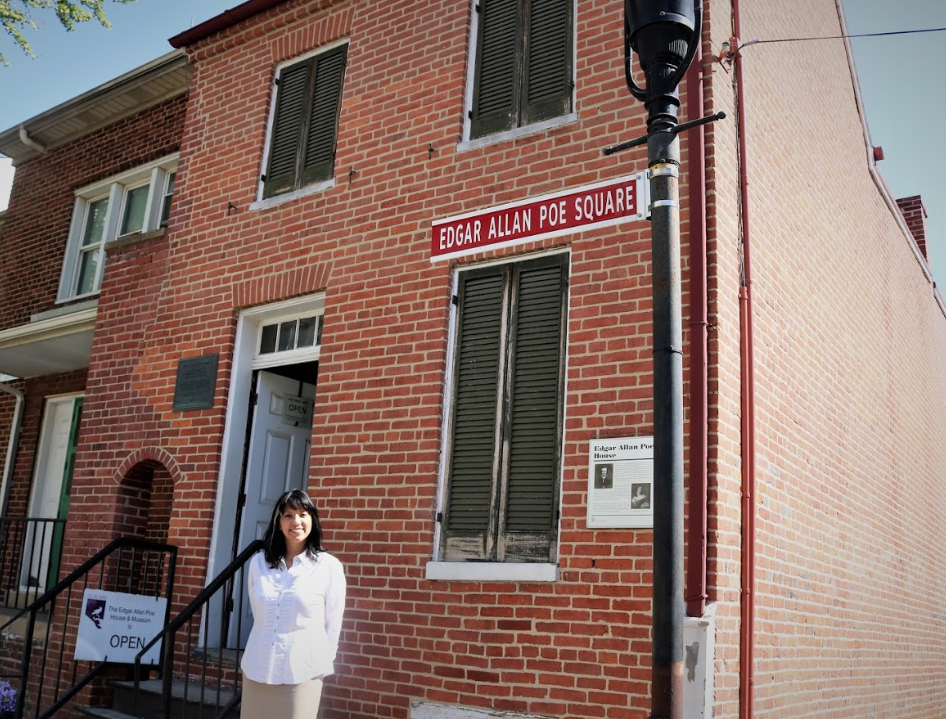 Can you give me a brief introduction to yourself and Poe Baltimore?

“My name is Enrica Jang and I am the Executive Director of Poe Baltimore and the Edgar Allan Poe House & Museum. Poe House was run by Baltimore City for many decades, then around 2012-13 the city decided they wanted to move out of the museum business, so our organization was formed. Since our organization took over, we have been able to open Poe House to the public Thursday through Sunday, 11 AM to 4 PM. We physically take care of the house and help visitors appreciate the site, but we also do Poe-centric programming involving education and literature. Poe House is special because Baltimoreans really just LOVE Poe! Oh, and his body is here, which is something that only we have in Baltimore!”

What are some of the programs you run here?

We have a monthly series in collaboration with The Maryland Writers Association called “Poe House Presents” every 2nd Sunday. This program features new Maryland authors every month. They will read their favorite Poe piece, and then they read some of their own work. It is such a great opportunity to celebrate Poe’s legacy as an influential part of American literature. Another program we are trying out this year is the “Saturday Visitor Award.” It is an honor designed to recognize a new generation of writers and artists inspired by Poe. There are two categories, “Adaptation Category” and “Works inspired by Poe” The awards are going to be presented during the festival, and winners will win a medal and $50. In addition to those programs, we also have a collection of stories that were written during Poe’s time in Baltimore, and that book is available at the Poe House.

So what’s up with the festival? What can we expect?

“It’s the 170th anniversary of Poe’s death, also known as “Death Weekend” so we will have no shortage of Poe themed vendors, performances, music, and authors, as well as family-friendly activities, workshops and of course, poetry. We will be having our “Black Cat Ball” which will feature dancing, around a dozen chef stations, specialty cocktails, and Poe centered entertainment. We will also be awarding the “Saturday Visitor Award” at the ball. During the day at the festival, there will be walking tours of Poe House as well as bus tours. It's kind of difficult because Poe House is so small, we really have to protect it. We want to present it to folks, but we also can't let everybody come in at the same time, so the tours are timed during the festival. There will also be some actors in Poe House performing his works, so the tours are going to be really special. If someone doesn’t get a chance to see the inside of Poe House during the festival, they can always come back Thursday through Sunday, 11 AM to 4 PM. The bus tours will follow landmarks throughout Baltimore that relate to Poe’s death (where he was found, the hospital he died, etc.) There will also be a funeral reenactment! Since it’s “death weekend” what better way than to reenact the dark and gloomy funeral of Edgar Allan Poe?”

Can you tell us what’s free at the festival?

“Of course! Well, we will have a stage that features music, magic, theatre, and reading throughout the day. There will be food trucks, activity tents, and The Maryland Writers Association will have a reader’s area where people can go and listen to works by Poe and also discover other Maryland authors. The Poe museum from Richmond is coming up to join us and host a coffin making workshop. There will also be a representative from West Point (because Poe was actually a Cadet at one point), tons of Poe vendors featuring anything gothic and Halloween! All of that is free and open to the public!” 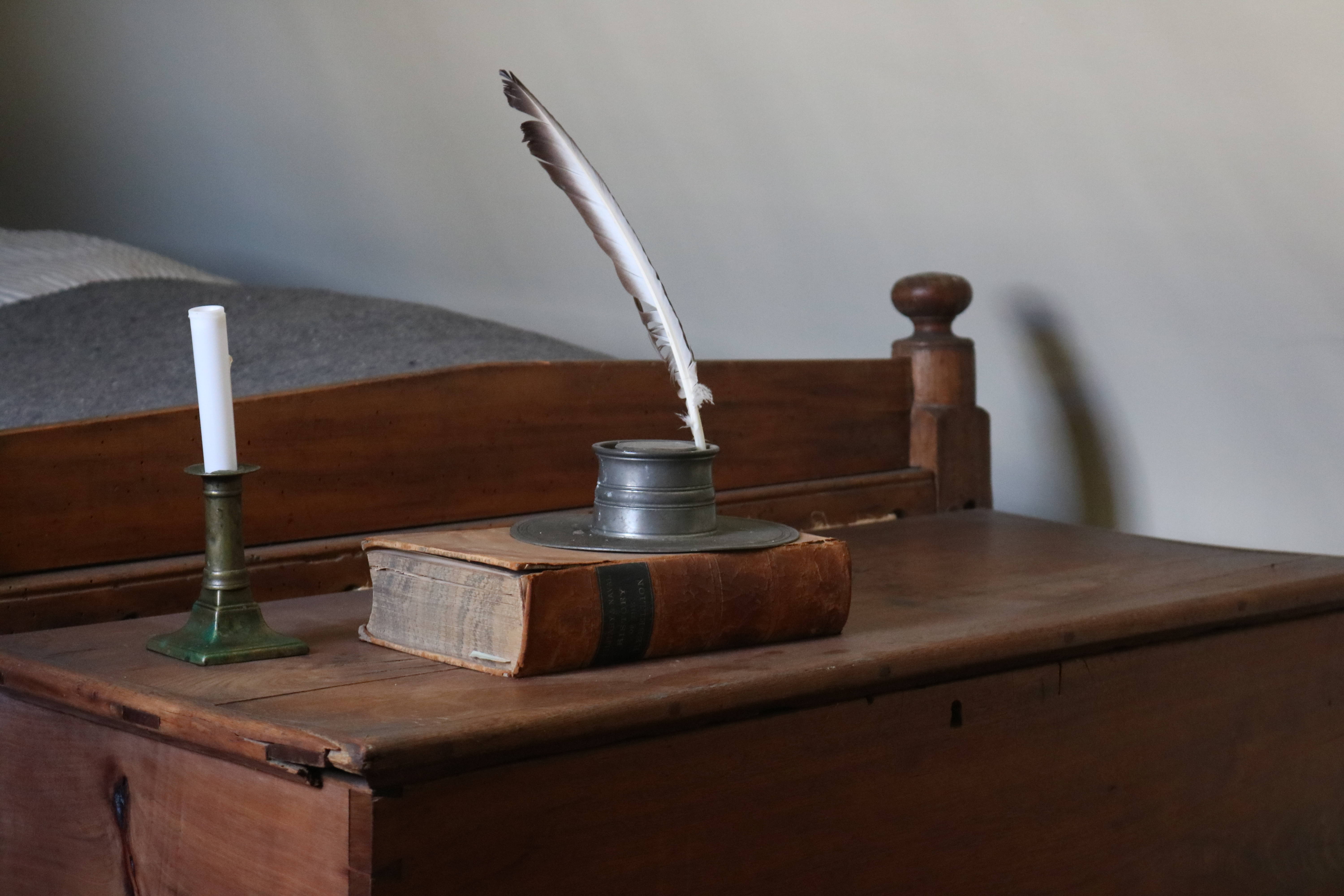 What is your favorite work by Edgar Allan Poe? What do you want people to get out of Poe Baltimore and the Festival?

My favorite work by Poe is The Cask of Amontillado. I was always into literature as a kid and I remember being drawn to the work of Poe, but when my husband and I moved to Baltimore I grew to love Poe and his story even more. Poe was a very complicated man, and there are so many misconceptions about his life that people get wrong. Part of my job is to share the truth about his life. I hope visitors will walk away knowing more about the REAL Poe and be inspired by his work and his story!

To see the schedule and find out more about the 2019 International Edgar Allan Poe Festival and Awards please visit: https://poefestinternational.com