My Fellowship at Baltimore Office of Promotion and the Arts

My Fellowship at Baltimore Office of Promotion and the Arts

My name is Juansebastian Serrano, and I am currently a fellow through the Urban Arts Leadership Program of GBCA. I graduated from MICA almost exactly a year ago, and was raised a couple of miles from the capital of Puerto Rico. This program was and still is a blessing to my artistic career--after being placed in BOPA I have been lucky enough to do way more than what was initially intended for me.

This month, I felt a definite switch up in pace. With Light City approaching, at the beginning of March I saw how the office began to mobilise and shift their headspace. It was time to take the logistical and administrative work we had been doing and make it come to fruition in real space. I was lucky enough to be asked by Ashley Molese to be a part of an exhibition happening during Light City called Case Study: A VR Museum. This exhibit highlights some of the artefacts that have been destroyed by ISIS both in Syria and Iraq through new media outlets including: Virtual Reality, Augmented Reality, and 3D rendered prints.

To describe the exhibit, there are eight different 3D printed artifacts that were modelled based off of crowd sourced images of people who visited the monuments prior to their destruction. Out of those eight artifacts, one of them was an object that was used in Ship-Building in Baltimore City. This object was there to serve as a grounding point for people from Baltimore City who may not understand the importance that an artifact can have societally. As far as the Virtual Reality Experience was concerned, it highlighted four of the artifacts lost to ISIS which included voice overs and was a hands on experience that you could never have in reality. What I mean by this, is that in the VR experience, you could literally hold scribed miniatures of the artifact that no longer exists in the real world.

Even though I was initially asked to take on the role of a Production Assistant, the job ended up being more than that. I am not saying I didn’t see it coming, because like most things that involve multiple big name partners, nonprofit organized events, understaffing, and underfunding, it is tricky to make things run smoothly when navigating some of the choppiest waters a capitalist economy has set before you. I am not blaming the structure that Nonprofits function under by any means, it is larger than that. Looking for constant funding, breaking down budgets to fit the needs of their fiscal years, and partners not agreeing with legal matters in last minute affairs are the constant struggle that organizations like BOPA deal with on the regular.

So as a result, I’ve ended up doing a little more than the job of a Production Assistant. I partially took on the role of communication liaison; I solidified dates and transactions between Rekrei (a crowdsourced project collecting photographs of monuments, museums, and artifacts damaged by natural disasters or human intervention, to create 3D representations and help to preserve our global, shared, human heritage), The Economist, Look On (Baltimore based Virtual Reality Firm), The Katzen Arts Center, and Danae Prosthetics. I was in direct correspondence with all of these partners and created various email threads that ranged from shipping certain 3D rendered models to Baltimore, troubleshooting, color matching, and making sure that the 3D rendered prints were up to par with the models The Economist was sending over.

My time at BOPA has been wonderful so far, being able to see the inner mechanisms that run the machine, helping curate and facilitate a major installation in Light City, and seeing what organizations are receiving funding through their grant programs has been more than I could have ever expected. 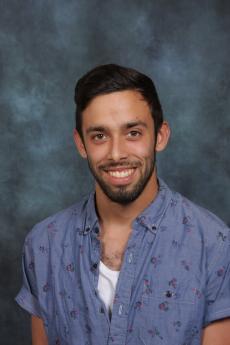 Co-Founder and CEO of The Joint Youth Movement LLC