Mateyo - Music Producer with a Passion 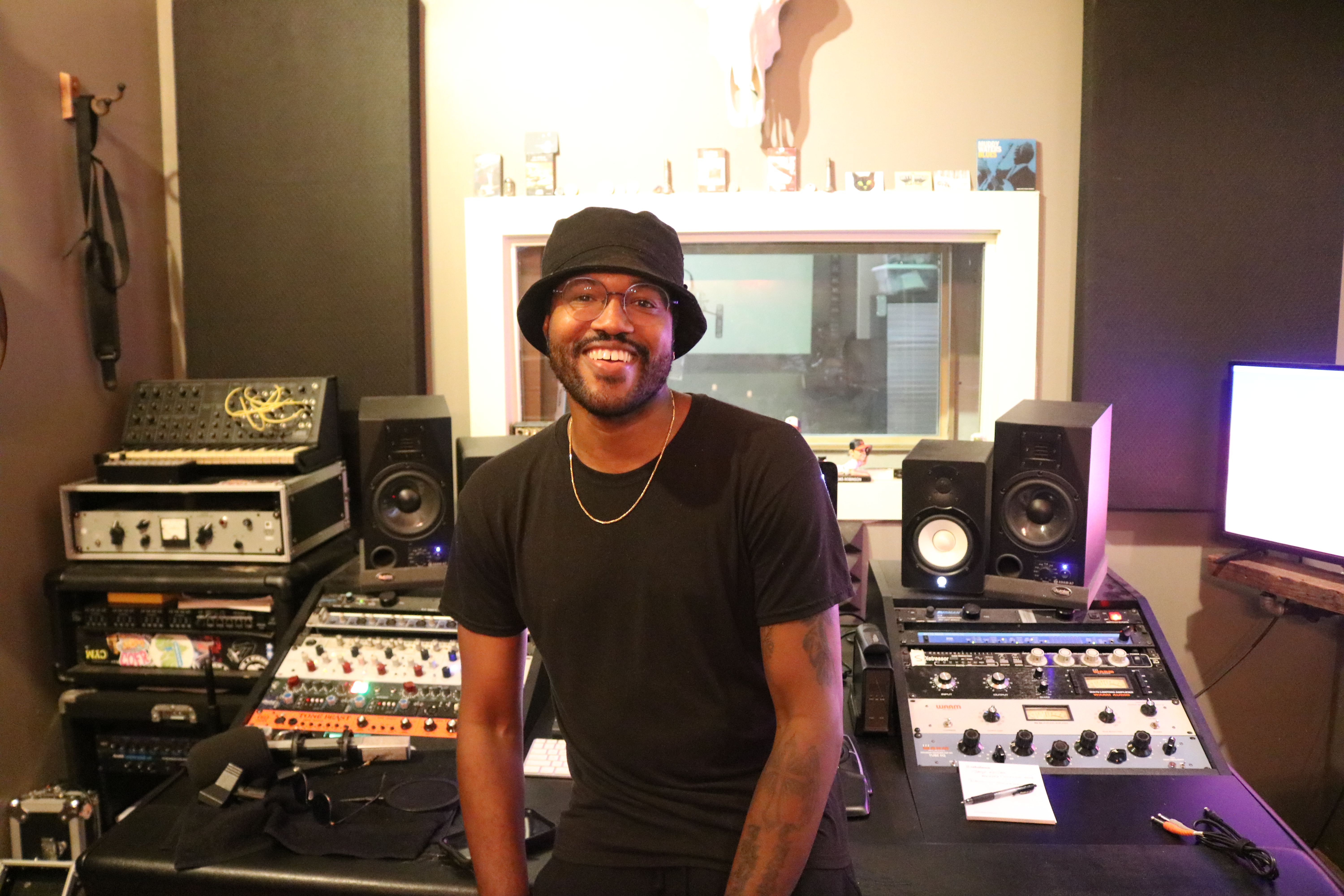 A few weeks ago, I headed over to The Moose House (his studio) to sit down with Baltimore musician and producer, Mateyo. He has worked with Baltimore artists Joy Postell, Micah E.Wood, Life on Planets, and others. After our chat at the studio, I was also able to check out his live show at the Metro Gallery that featured, Mani Marino, Infinity Knives + Randi, Vicunyah, and Mateyo himself with a live band. Getting to hear Mateyo perform after hearing him talk about his passions and struggles was incredibly special, he is a true artist whose love for music and desire to support others shines throughout his work.

Mateyo was born and raised in New York and started playing music at church when he was 9, his dad was a deacon and bass player, so he was exposed to music at a young age. He began playing the drums, but he didn’t stop there and continued experimenting with other instruments as well. He described his musical beginnings as “the time of the super-producer when beats where everything.” As a result, some of his biggest inspirations were artists and producers like Pharrell, Timberland, Kanye West, and more.

Mateyo describes his current style as “Alternative Pop RnB Pop fusion” but has been recently experimenting with faster tempos to explore some house music vibes. Over the next few months, he will be releasing two new singles and a solo House/Electronic instrumental album tilted “Genesis” Additionally, he has projects in the works with artist Life on Planets, and is working on co-producing and mixing Micah E. Wood’s next single. 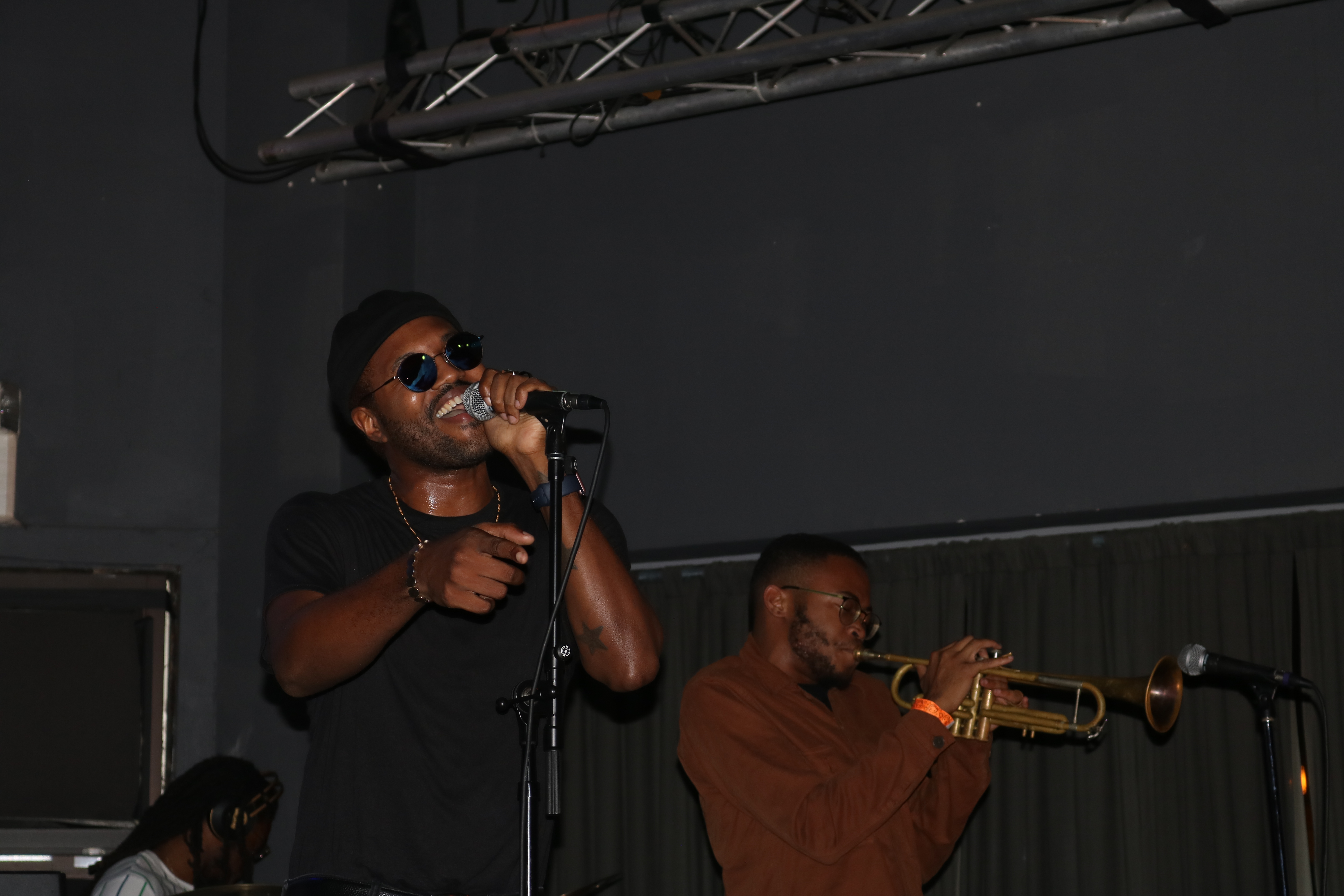 The Moose House’s two Chief Engineers, Ernesto J. Ponce and Ryan Escolopio, provide recording and rehearsal space for many Baltimore artists. Mateyo likes to work with local musicians and is always looking to bring new people to the studio with him. I asked what he thinks of the Baltimore music scene and his face immediately animated. “I love Baltimore because we don’t bullsh*t, people won’t come out and support if you don’t put the work in and have a good sound.” He genuinely loves the music scene and his enthusiasm was infectious. “There’s so much character out here! People put their all into their work, and it shows!”

Later in our conversation Mateyo opened up to me about his role as a father and husband, as well as his struggles with depression and I was taken aback by his vulnerability and candor. There was a dark period in his life when he was overcome with depression and like many, ignored the symptoms and ended up getting lost in the mire. Eventually, he was able to harness those emotions in his mind and use them to spark his creativity. He still battles mental illness, but now he channels his inner struggles into his music and tries to use his story to inspire others. His wife and two-year-old son are also instrumental in his daily health. “Everyday that I get to make music and be with my family is a blessing,” he said. “My wife is so gracious; she knows where I am headed even before I do.” At Mateyo’s live show he dedicated the performance to his wife of three years. “I find myself writing songs for my son now because I know one day he will listen to them and I want him to know how much I love him.”

As an artist myself, I have always wondered how family fits into the life of a creator. So much of our focus and energy often gets channeled into our artistry that it can be difficult to see beyond the easel or soundboard in front of you. After hearing Mateyo speak and seeing his work, I understand the power and support he derives from his family. He thrives with their love. “My wife and son added creative fuel to my music, and continue to be a source of inspiration and strength in my work every day.” 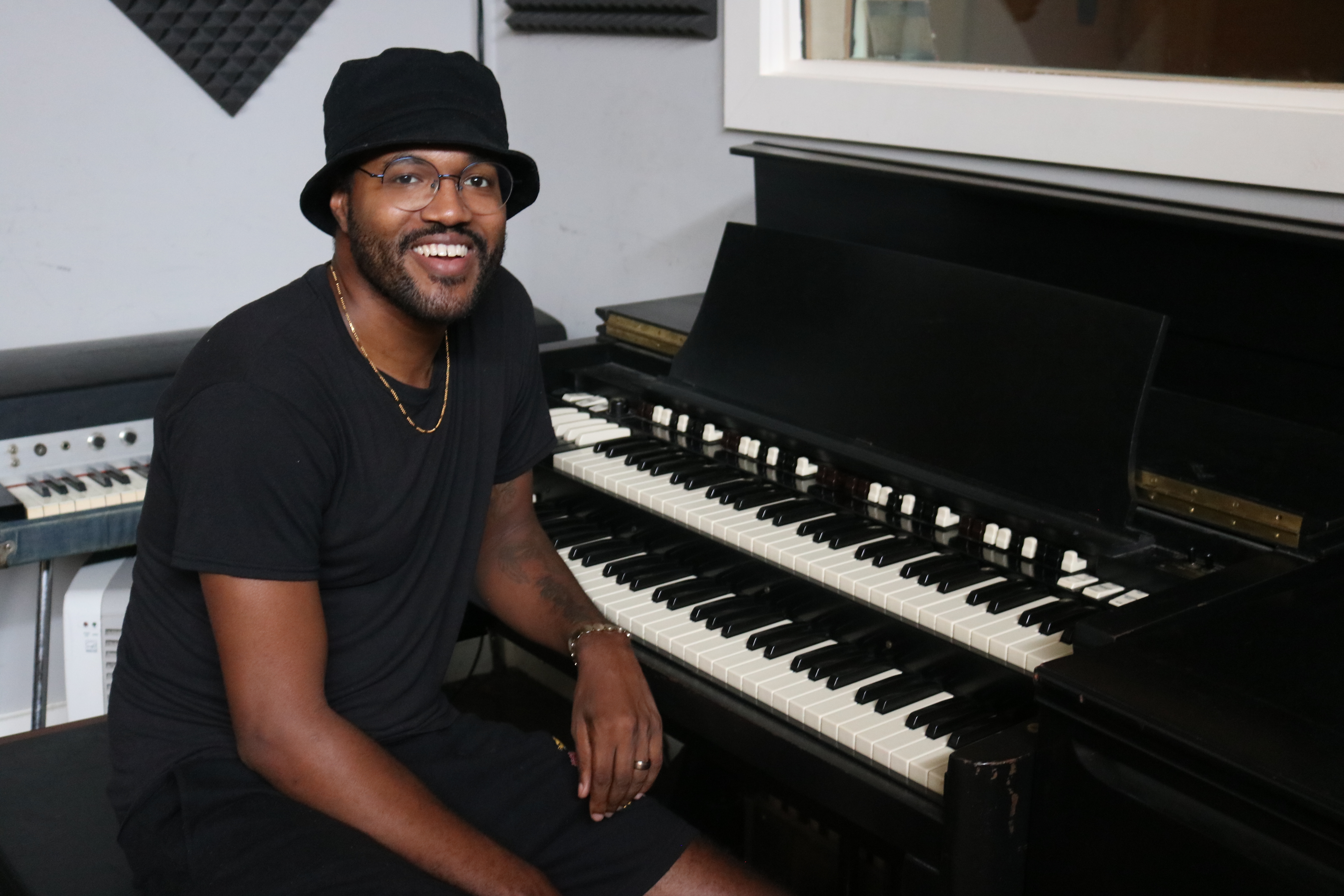 Mateyo recently started a podcast that dives deeper into his journey and thoughts surrounding depression, music, and family. “I decided to start a podcast called ‘The Depressed Dad.’ You can listen to the show here. This is me simply clearing my mind and speaking about my dealings with depression as an artist, husband and father, reflecting on my childhood along with the current world around me. I’m sharing it with you in hopes of maybe helping someone else out there who’s struggling or can relate in some way. It is unedited, raw and a total stream of consciousness.”

Sometimes we forget that artists have lives outside of the work we see them produce, but Mateyo uses the emotions (positive and negative) he experiences in his everyday life to inspire his work. It is important to talk about mental health and use our emotions as a source of creativity instead of ignoring them. Mateyo not only elevates the Baltimore music scene by working with many local artists but has also done a remarkable job of inspiring others (myself included) and I look forward to hearing what he works on next.

To learn more about Mateyo, visit him on social media here https://www.instagram.com/producedbymateyo/

To learn more about The Moose House visit here