"Lessons From a Mother"

I was raised by a mom who was a leader in the arts. As a single mom with a big job, she carted me to most of her after 5 p.m. duties: performances, receptions, school visits, and late night state house sessions when they were voting on her agency’s budget.

I remember weekends when I would steal coins from her desk and raid the vending machine while she caught up on work. I remember being sick and unable to go to school and, like I now do with my own daughter, she brought me to a board retreat at a board member’s home and tucked me into the guest bedroom. When I went off to college she took off to DC for a leadership position at the National Endowment for the Arts (NEA). I didn’t know then that the imprint of these collective experiences would lead me to follow my mom into this field and blur the lines of parenting and work in the same way.

So when I was asked to write about what it means to be a woman in leadership in the arts, I quickly said yes but then wondered what would I say? Surely I had to have something to say?! At that moment, I hadn’t really thought about my own experience from a gender perspective or attributed any of my successes or challenges to the experience of being a woman (It’s interesting to me, in the writing of this blog post, that it was two important men in my life who helped me see things that I did not.)

Like I do in most moments of uncertainty, I called my mom. I explained this blog post opportunity and with it, the dilemma.

“You sound like me,” she said, “I always turned down the opportunity to speak about this because I wasn’t sure what to say.”

“But mom, weren’t you one of the first women in your state to run an agency?”

“Yes, but I didn’t pay any attention to that.”

She then admitted that my stepfather, Terry, was rolling his eyes listening to our conversation.

“You two are crazy.”

She put him on speakerphone. Terry attributed the essence of my mom’s leadership style, and in turn, her success to being a woman. Terry noted that we have both benefited from people (I think he meant men) underestimating our ability. And in these moments, perhaps due to the overwhelming amount of to-do’s that we juggle as moms and arts leaders, we have an uncanny way of remaining calm, relentlessly goal-focused; when others are distracted, we push forward. I would like to add that my mom did this with a whole bunch of “you might shoulds”—gentle instructions that didn’t make anyone, especially men, feel like she was telling them what to do. It worked for my mom, who was instrumental in pushing through programs and policies at the NEA that helped keep the agency alive during Newt Gingrich’s Contract with America, benefitting so many of us in the field who use NEA support to do our best work today, including the organization I feel so fortunate to lead. 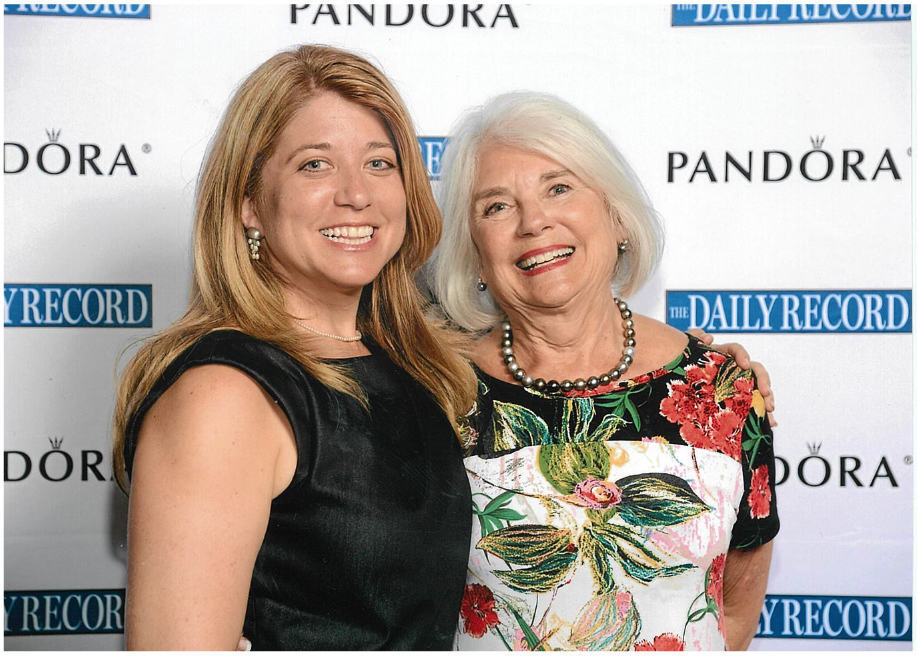 My favorite work story about my mom is when there was a tense meeting at the NEA with a national partner who had not upheld their end of the bargain. No one in the room was really willing to call the partner on their bad behavior, instead people tiptoed around the edges. My mom, not the highest ranked person in the room, leaned into the conflict and simply stated the facts and moved the conversation towards action. People were grateful; the term of endearment she earned that day was being the agency’s steel magnolia.

No doubt all of us women arts leaders today benefited from the first women in our field. Thanks to them, it feels just as likely for a woman to be at the helm in our field as a man. I realize that is not the case in most sectors, but ours benefits from the humanity that comes with being surrounded and enlightened by one of our society’s greatest treasures: artists. I have found that people who gather in this space—colleagues, employees, board members, and donors—more often than not respect women, and perhaps they make it easier to lead here than anywhere else.

With that being said, there are still moments. Recently, a man in a room full of only men (and me) seemed to enjoy putting me in my place by saying I didn’t know what I was talking about. I most certainly did. I also knew, in this instance, these men held all of the power. How I was able to not be distracted and to remain focused on the goal of securing their support is a testament to all that my mother modeled for me. I wouldn’t be doing the field any justice on this topic if I didn’t admit that afterward, even though I secured their support in the meeting, I cried in the bathroom. Then I cried again later from the shame that I let a man have that kind of control over me.

My husband Ben reminded me when I was recalling my rosy history climbing the ladder, that it wasn’t that easy. He recalled how hard it was, as a woman in arts leadership, to convince my way into an MBA program. In North Carolina, I was passed over for a job for a man whose track record wasn’t nearly as strong. He gently pointed out, because I secured my position as the head of YAMD at age 29, I have not been subjected firsthand to as much sexism so many women face in climbing the ladder. I also have a fair amount of influence on the men I bring onto the board and who I engage as donors.

Our field still has work to do, but conversations with women friends in other fields make me think that our field might be a safer haven for women aspiring to leadership. Perhaps there is something special here about our arts sector in which other sectors can learn? Perhaps there is more that seasoned women in our field, including me, could do to address lingering issues that my fellow boss ladies no longer have to face due to our positions? And perhaps the important men in our lives can play a helpful role in our path to leadership development, holding up a mirror to our struggles and our strengths that, for when we are deep in the forest, can be hard for us see.