African American History Month is an annual acknowledgment of a deep and far-reaching timeline of legacy that is both fluid and continuous. “The Library of Congress, National Archives and Records Administration, National Endowment for the Humanities, National Gallery of Art, National Park Service, Smithsonian Institution and the United States Holocaust Memorial Museum join in paying tribute to the generations of African Americans who struggled with adversity to achieve full citizenship in American society.” (www.africanamericanhistorymonth.gov) That is a direct quote, but as we gaze upon the landscape of current events, it is clear that struggles continue, injustice is far from dormant, and authentic dialogue is elusive. In this way, the work of true equality and forward motion is hindered, but not futile, and certainly not unimportant.

Art, artwork, and artistry continue to be the perfect vessel to foster productive connection as well as rigorous communication. In truth, history is being made within every minute of every day. As we contemplate the great work of African Americans, we must also consider the living legacy…the work that exists right under our very noses. Myrtis Bedolla is the Founding Director of Baltimore’s own Galerie Myrtis. Within the gallery you will experience the living legacy that lies within stories on canvas told by contemporary African American artists. 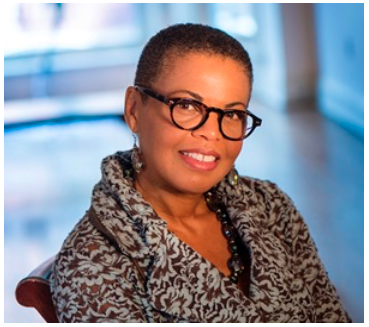 “Founded in 2006, Galerie Myrtis is a contemporary fine art gallery which represents emerging to mid-career artists who have achieved regional, national and international acclaim. The gallery was originally located on Capitol Hill in Washington DC. In 2008, Galerie Myrtis relocated to Baltimore, Maryland occupying a 2,500 square foot space on Charles Street near the Station North Arts and Entertainment District. The mission of the gallery is to utilize the visual arts to raise awareness for artists who deserve recognition for their contributions in artistically portraying our historic and cultural landscapes, and to recognize art movements that paved the way for freedom of artistic expression.”

Myrtis Bedolla is the gallery owner and curator for Galerie Myrtis Fine Art, and recently presented AfriCOBRA: The Evolution of a Movement. Here is her curatorial statement. The exhibition, in celebration of the 50th anniversary of the coalition of black revolutionary artists whose aesthetic emerged from activism and a commitment to rail against racism through positive, powerful and uplifting imagery. AfriCOBRA (African Commune for Bad Relevant Artists) was inspired by the Black Arts Movement, to expand the canon by creating artwork that speaks to the concerns of black people. In exploring the evolution of their creativity, this exhibition features paintings, photographs, prints, and three-dimensional forms created from 1979 to 2018, by the group’s earliest to its latest members. Birthed during the height of the Civil Rights Movement, AfriCOBRA shaped a radical black aesthetic that asserted black empowerment, self-determination, and unity among African Diasporic people. The artists’ collective was conceived in 1968, on the South Side of Chicago, by founding members, Jeff Donaldson (1932-2004), Wadsworth Jarrell (b. 1929) and Gerald Williams (b. 1941) who formed the nucleus of the group. As socially and politically conscious artists, they sought to counter white supremacist representations with positive black imagery, presented symbolically and rhythmically to uplift the soul of a nation. Drawing from the tenets of the Black Power Movement, and the philosophical concepts and aesthetic principals of AfriCOBRA—works emerging from the collective captured the ethos of the black community. Through their imagery, rendered in a palette of “Kool-aid” colors, developed a black iconography rooted in African ancestry and black pride; and a lexicon, as in the term “mimesis at midpoint” to describe their artistic approach. These expressions, couched in idioms, such as, “the rich lustre of a just-washed ‘Fro” formed a vernacular that defines cultural nuances of the black experience.”
-Myrtis Bedolla, Curator