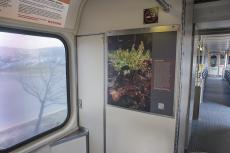 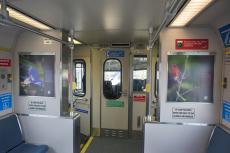 Portrait Garden, which debuted on December 1, is a series of audio and photographic portraits of eleven women incarcerated at Maryland Correctional Institute for Women in Jessup, MD. The project culminates a 1-1/2 year long collaboration between the artist and the inmates to create perennial gardens on the prison grounds. The final "portraits" are of plants that were cultivated by the inmates, and which are displayed as a series of 100 posters in trains within the Baltimore Light Rail system during the month of December.

This public dissemination is conceived as a moving gallery designed to bring the women metaphorically into the community of Baltimore City.