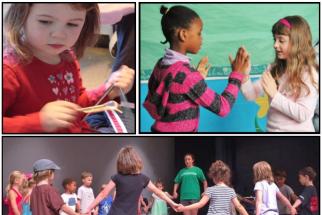 Crickets is a fun, play-based music and movement class for boys and girls ages 4 to 6. Trained teachers engage the body and the mind in joyful music-making through musical games and movement. Offered by Children’s Chorus of Maryland and School of Music (CCM), Crickets gently encourages young children to explore the voice as their first true instrument. Classes start Saturday, September 21st, 2019 starting at 9AM or 10AM in Towson. Classes are 50 minutes long, meet once a week, and last for 10 weeks. The tuition for the fall session costs $200. 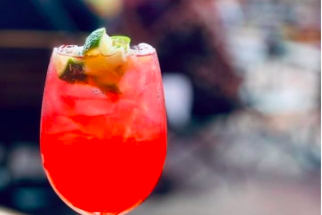 Year-Round
Join us for live music - We have a rotating calendar of local musical acts for you to enjoy!

The below schedule is subject to change; please give us a call if you'd like to confirm a specific act during your upcoming visit to Baltimore (410-685-6600). 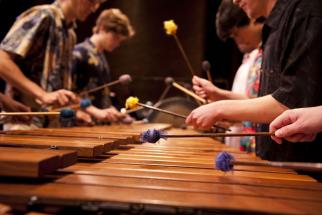 The UMBC and Salisbury University Percussion Ensembles join forces for an afternoon of new music.

Plan your visit
UMBC is located about 10 minutes south of the Inner Harbor along I-95. For this event, free visitor parking is available in Lot 8, directly adjacent to the Performing Arts and Humanities Building, where the Music Box is located. 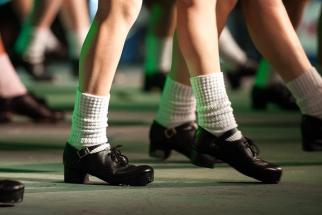 From Irish step dancing to cultural activities and from traditional Irish food to authentic Celtic music, there is something for everyone at the 46th Annual Maryland Irish Festival set to take place on November 8-10, 2019 at the Timonium Fairgrounds from 6-11 p.m. on Friday; 12 noon – 11 p.m. on Saturday and on Sunday from 12 noon - 6 p.m. 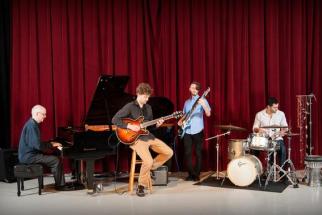 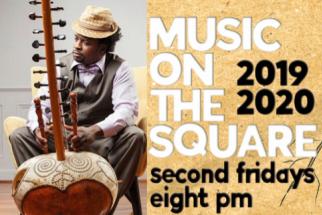 Starting off the 2019-2020 "Music on the Square" series is Baltimore's own Amadou Kouyate! Amadou a virtuoso on the 21 string-kora & dejembe will enchant you with sounds and songs from West Africa to Baltimore and in between. More info below 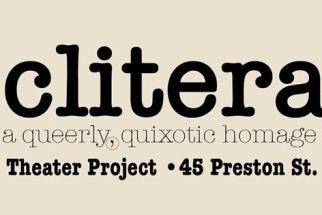 The Charm City Kitty Club, Baltimore’s premiere queer cabaret, presents Cliterature, a queerly quixotic homage to the written word. Featuring a variety of standout local performers in a range of disciplines from movement to music and more, Cliterature re-imagines beloved tropes from Sappho to Shakespeare and from noir to sci-fi.

Two nights only — don’t miss out on this instant classic! 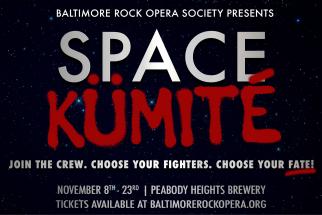 Join the Baltimore Rock Opera Society for our next original production! Space Kümité is a live event that combines theater, music, audience participation, the spirit of professional wrestling, and the flavor of 80’s action and sci-fi movies. 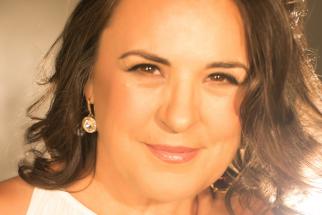 On her third tour to the East Coast, California-based smooth Latin jazz vocalist and song-writer Debora Galan brings a blend of beloved Latin jazz selections with R&B and adult contemporary pop selections to An die Musik, one of Baltimore's premier jazz venues. 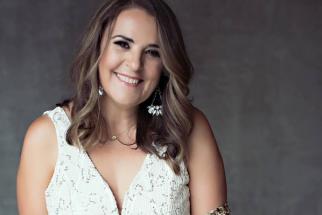 “With a powerful voice and soul in spades, Debora Galan is a true talent.” — San Diego Troubadour

Following her smash success at Blues Alley last summer, singer/songwriter Debora Galán returns to the East Coast with amazing vocals and songs reflecting her jazz sensibilities and Spanish/Cuban heritage. Featuring poignant lyrics, refreshing melodies and compelling rhythms, her music is heard on broadcast and internet radio around the globe. 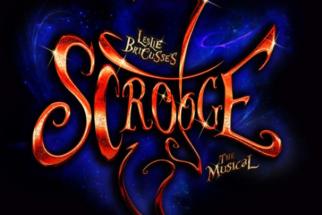 SCROOGE! follows the plot of Charles Dickens’ A Christmas Carol, in which the miserly Ebenezer Scrooge undergoes a profound experience of redemption over the course of a Christmas Eve night, after being visited by the ghost of his former partner Jacob Marley and the ghosts of Christmas past, present and future. 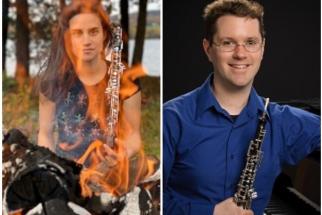 The inaugural performance of our Classical Music Series featuring BSO musicians!
Coffee and breakfast treats will be served at 9 a.m. 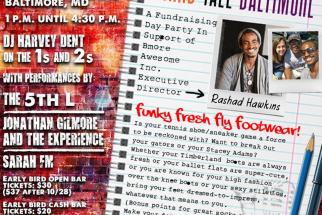 Is your tennis shoe/sneaker game a force to be reckoned with? Need a chance to break out your gators or your Stacey Adams’? Whether your Timberland boots are always fresh, or your adorned ballet flats are super-cute, or you are known for your high fashion over the knee boots or your sexy stilettos, bring your feet dressed-to-impress, whatever that means to you. (Bonus points for great socks or stockings!) Make your feet the star of this show and help us stand tall together! Prizes for the best footwear! 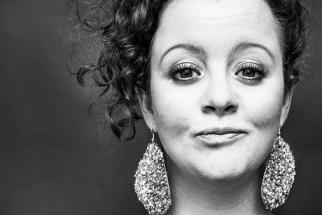 Agata Kulis is a singer-songwriter, a former student of the prestigious Berklee College of Music (Boston, MA) as an international scholarship recipient. Her musical education began in Krakow, Poland. She is a graduate of the Jagiellonian University. Agata also studied music at the John Paul II Pontifical University, also in Krakow, Poland. 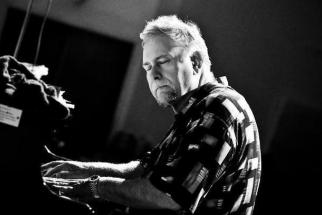 Pianist Larry Brown leads one of the most accomplished straight-ahead jazz groups in the Mid-Atlantic area. 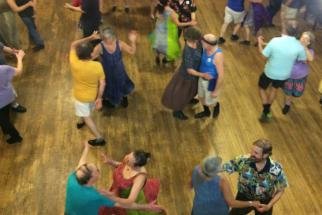 Starting in September 2018, the Second Saturday dance will move to the Church of the Nativity & Holy Comforter, Hart Hall. 6112 York Rd, Baltimore.

The Baltimore Folk Music Society presents American Square and Contra Dancing on the 2nd Saturday of the month running from 8:00 'till 11:00 pm, with a short break in the middle. 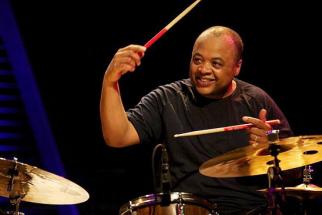 Jeff Watts, the drummer they call "Tain," spent his formative years with Wynton and Branford Marsalis, and his compositional skills now command equal attention. Jeff initially majored in classical percussion at Pittsburgh's Duquesne University, where he was primarily a timpanist, followed by enrollment at the Berklee School of Music. 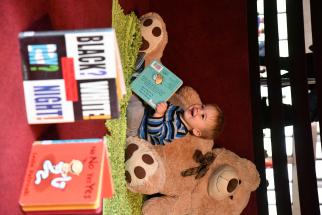 All children over 6 months of age require a ticket. There is a $1 per ticket fee online and at the box office. JCC members and seniors get 10% off ticket prices 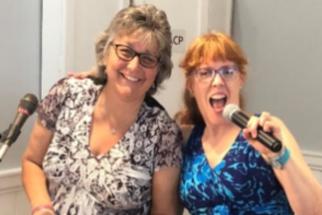 Laurette Hankins-O’Connell presents Broadway Divas and Dames, a capricious and occasionally irreverent salute to movie theater’s favorite leading ladies and second banana/sidekick roles. This exuberant “backstage tour” spans the genre for more than six decades. Buckle your seatbelt and enjoy many of your favorite show tunes with Laurette and terrific pianist and duet partner Anita O’Connor! 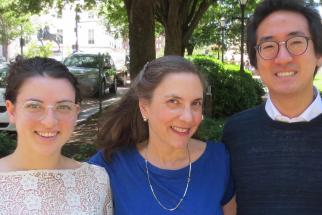 A fun and engaging concert for people living with autism and related challenges with the engaging ensemble, VITAL SIGNS, which wil perform beautiful music for violin, viola and piano. Our motto is, "ALL BEHAVIORS WELCOME!” The entire family can enjoy an afternoon together in a relaxed and welcoming setting where there is no shhh-ing! An instrumental petting zoo will follow the concert.