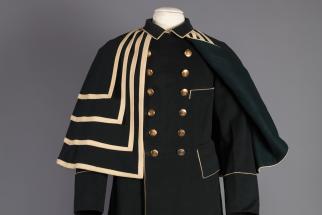 One of the most intriguing stories in Spectrum of Fashion is the discovery of livery worn by Tilghman Davis and Tom Brown, two men formerly enslaved at Hampton—the Ridgely family estate that is now a National Historic Site in Towson. The livery will be a point of departure for exploring companies such as Brooks Brothers. In the 19th century, Brooks Brothers provided garments for coachmen, footmen, and chauffeurs in wealthy households, many in the antebellum South. Like many northern commercial institutions, the celebrated clothier benefited from the institution of slavery. 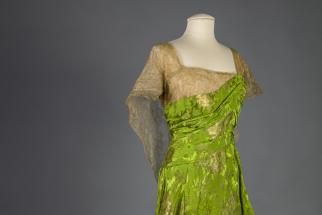 At the turn of the 20th century, couturières—female designers and sellers of high fashion—pushed fashion in bold new directions. Explore the work of Jeanne Paquin, Jeanne Lanvin, and Madeleine Vionnet, the Parisian couturiers who ushered in a new era of fashion, creating comfortably chic clothing that appealed to the active, modern woman. 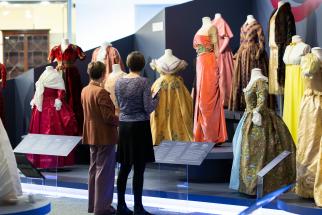 What is “fast fashion” and why won’t our clothes today survive like they did for previous generations? Learn about sustainable fashion and how historical fashion can inform sustainable initiatives today. Local fashion leaders will discuss efforts to reimagine a more regional textile economy and the global problems with fast fashion culture.