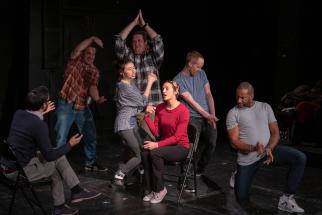 Never taken an improv class before? Well now is your chance to try it out with experienced BIG instructors!

This introductory workshop is designed to give potential students an opportunity to experience what a class is like before committing to a full course.

Through simple, fun and supportive games, participants will explore basic concepts like playfulness, listening and agreement – all in a safe and comfortable group setting geared specifically toward those who are new to improv. 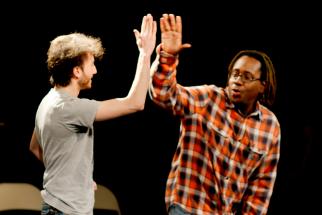 Every Tuesday night, check out BIG house performers as they rock the classic long-form improv format known as The Harold. Three of BIG's six Harold Night teams will take the stage every week to blow. your. ever-loving. minds. 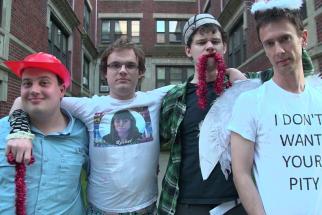 Asperger's Are Us is the first comedy troupe consisting of openly autistic people. As they say, “We're not a charity and we're not poking fun at Asperger's. We're absurd.” For the members of the Massachusetts sketch comedy troupe, it’s easier to associate with a faceless audience than with their own families. No matter who’s in the crowd, best friends Noah, New Michael, Jack, and Ethan have one simple mantra: “We would much rather have the audience appreciate us as comedians than people who have overcome adversity.” 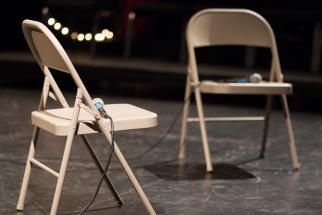 Interview show BIG Time invites the influential people behind the businesses, charities, and city you love. Their stories inspire comedy!

How do you know when you've truly succeeded? The answer is when the Baltimore Improv Group (BIG) invites you to have your life memorialized in a series of made up, totally unprepared comedy scenes celebrating you! Come join a hand picked cast of BIG's best improvisers as they comedically revere some of Baltimore's most important movers and shakers. 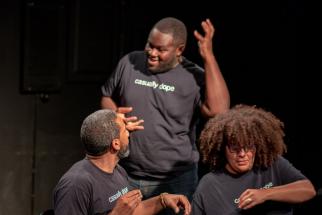 Casually Dope invites you to start your Saturday night with us. Turning the stories of our community into comedy, each show we'll invite a guest or just chop it up with audience and use those discussions to create a show like none other. You might learn something, you might not, but you'll definitely leave full of laughter. 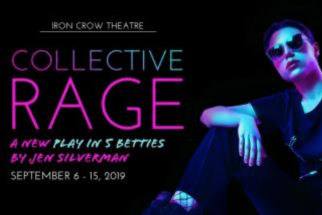 Heralded by The New York Times as “a full-tilt lesbian/bi-curious/genderqueer/Shakespearean comedy for everyone,” Collective Rage: A Play in 5 Betties follows five different women named Betty as they collide at the intersection of anger, sex, and the “Thea-Tah.” Betty is rich; Betty is lonely; Betty’s busy working on her truck; Betty wants to talk about love, but Betty needs to hit something; and Betty keeps using a small hand mirror to stare into parts of herself she’s never examined. 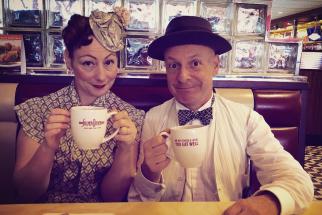 An evening of comedy and silly songs featuring two favorite duos from the Maryland Renaissance festival in material you won’t usually see any of them perform!

Mark & Sabrina will play “Diz & Izzy Aster, Vaudeville’s Late Bloomers.” Ever wondered if the man who’s been silent for over 30 years at the Ren Fest has a voice? Here’s your chance. 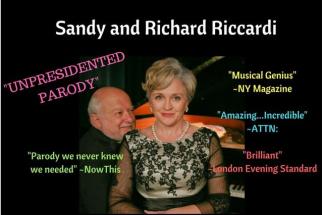 Sandy and Richard Riccardi. Rosie O'Donnell calls them "MY NEW FAVORITE SINGING SONGWRITING TEAM!!!" With over 50 million hits on social media, Sandy and Richard Riccardi promise to leave you laughing in the face of modern life and politics. Specialists in parody and hilarious originals, they have been retweeted by JK Rowling, called "Musical Genius" by the NY Times Magazine, and featured in the Washington Post Online. Greatest hits include "Boy From Mar-a-Lago", "Holiday Dinner Party", "Tiki Torch Nazis", "Elton Has An Organ", and "Oh Donny Boy".