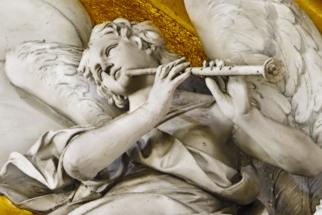 Bach in Baltimore kicks off its 35th Anniversary Season with a concert featuring two musical forms that define Baroque Period Music. The concert opens with Bach’s Orchestral Suite No. 1 in C Major, a masterwork in Baroque counterpoint, a technique that uses multiple melodies to play simultaneously, creating contrast, highlight, and interplay. Bach excelled at counterpoint, one of the many reasons his music stands the test of time. A Baroque cantata will close the concert. Bach in Baltimore is one of the only music ensembles that regularly performs Bach’s cantatas.