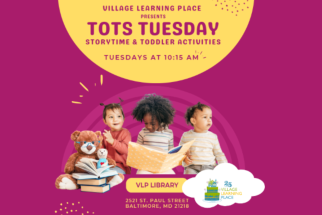 Tots Tuesday Storytime has just gotten back to being in-person. Check out our past, virtual Tots Tuesday videos on our YouTube channel!

For any questions or concerns please email: [email protected] 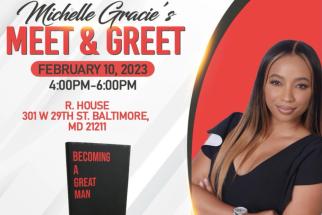 New author Michelle Gracie has published her first book “Becoming A Great Man”. A book about a man and his family on a spiritual journey. They go from being an unbeliever to a believer, rags to riches, not knowing their purpose of knowing exactly what they were created to do. This is a fiction book but it will surely increase your faith as you read the main character's journey and how he trusts God throughout the whole process. Food & drinks are available for purchase. Desert will be provided.

Ikonic Visions brings to you the "PARALYSIS" World Premiere. This will be a jam-packed event! Spoken word poetry, film screening, and networking. This is a one-of-a-kind event that you don't want to miss. Poetry performances by Black Chakra, Akilah Divine, Ephraim Nehemiah, and Analysis. These poets will also be featured in the poetic film, "PARALYSIS."

Paralysis is a poetic film featuring spoken word artists who capture the stream of consciousness of bystanders who witness a young Black boy fight for his life. 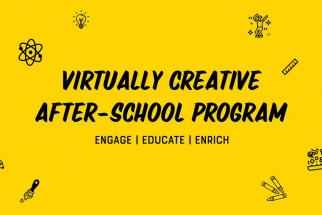 Get your tickets today for Where We Belong!
Don’t miss this special limited engagement before it embarks on its national tour! Baltimore Center Stage presents Woolly Mammoth Theatre Company Production of Where We Belong will be running live and in-person October 19-24th. Use promo code BELONG25 at checkout to purchase your tickets for only $25! We can't wait to see you at the show! The Baltimore National Heritage Area (BNHA) invites Baltimore City youth to participate in our 3rd Annual History Through Arts Competition. The purpose of this contest is to engage City youth in an art exhibit showcasing their unique talents while also expressing their view of life in Baltimore City. The expectation is that the artwork will reflect Baltimore’s historic people, places, significant architecture or represent a historical event.