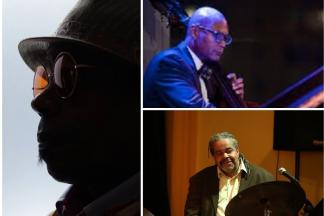 "New Orleans barrelhouse piano, the Impressionism of Ravel and Duke Ellington’s jaggy solo-piano sound form the bedrock of Lafayette Gilchrist’s style at the keyboard. But if there’s one big influence on the way he thinks about rhythm, it’s the deeply swinging ‘pocket' of a classic go-go beat... On 'Dark Matter’…the hypnosis of the pocket comes through.” – Giovanni Russonello, The New York Times

"Few of Gilchrist’s contemporaries have the feel for jazz’s secular and sacred tributaries that he possesses... Gilchrist has a singular facility to make it new. Therein is the light that emanates from Dark Matter." –Bill Shoemaker, Point of Departure

The new CD is due out in October!

Lafayette Gilchrist’s music draws on the span of jazz history from stride to free improvisation, along with inspiration from hip-hop, funk, and Washington D.C.’s unique go-go sound. His work thrives on making surprising connections between styles and influences, boldly veering from piledriver funk to piquant stride, vigorous swing to hip-hop swagger, contemplative abstraction to deep-bottom grooves. Gilchrist has toured extensively with David Murray, and his compositions have graced the soundtracks of David Simon’s acclaimed series The Wire, The Deuce, and Treme.

He leads the genre-defying ensembles the New Volcanoes and the Sonic Trip Masters All Stars, and long with bassist Michael Formanek and drummer Eric Kennedy, he’s a member of the adventurous collective trio Inside Out. In 2017, Gilchrist was named a Local Legend by Baltimore Magazine, while Baltimore City Paper named Lafayette Gilchrist and the New Volcanoes as “Best Band.” In 2018 he was chosen as a Baker Artist Award winner. Gilchrist has performed with Cassandra Wilson, Macy Gray, Oliver Lake, Andrew Cyrille, Orrin Evans, Paul Dunmall, Hamid Drake, William Parker, and many more. Gilchrist’s most recent album is 2019’s Dark Matter which landed on numerous critics best of 2019 lists. 2020 will see the release of his double album Now with the Lafayette Gilchrist Trio featuring Herman Burney on bass and Eric Kennedy on drums.

Herman Burney is a native of Washington, DC, but was raised in the arts-nurturing state of North Carolina where he grew up listening to Mahalia Jackson, Aretha Franklin and James Cleveland. During his early years Herman played clarinet, drums and tuba and later took up electric bass for a “hard-core funk group” in high school. After meeting jazz titan George Duvivier in 1987, Herman finally settled on his beloved double bass.

Herman has traveled all over the world to establish an impressive list of performance credentials. When “at home” he is teaching at George Washington University and the Sitar Arts Center in D.C.

Eric Kennedy, a Baltimore native, is a drummer, vocalist, percussionist, educator and composer. Eric’s introduction to all styles of music and early music training was initiated by his musical relatives, who also cultivated his love of jazz. Eric continued his arts education at the Baltimore School for the Arts, studying classical percussion and voice with Baltimore Symphony Orchestra percussionist John Locke, Donna Di Stefano and the late Dr. Nathan Carter, and Ms. Jewel Churn of Frederick Douglass High School.

He taught in the Baltimore City Public School system and was faculty in the Peabody Conservatory of Music Jazz Department from 1998-2001. Eric has received numerous awards and grants for performance and composition. He was also the 2004 runner up in the Billie Holiday Vocal Competition and first place band member in the Chick Webb Jazz Combo Competition in 2008 and 2009.

Streaming cost is $5
Donations are welcomed.
The link will be emailed to you 15 minutes before the show
and will remain active through June 18 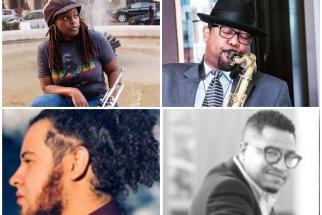 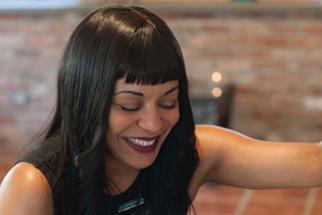 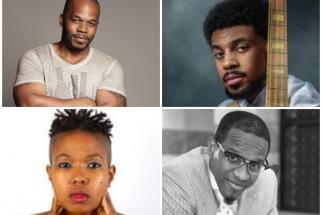 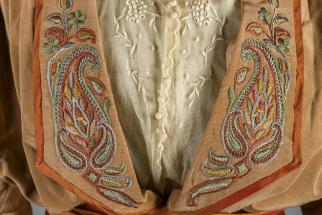