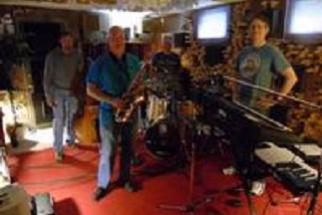 Playing Jazz Favorites, Swing, Showtunes, and songs from the “American Songbook”, Time for a Change is a hit wherever they perform. Comprised of four of the finest jazz musicians in the Baltimore-Washington area, they bring you back to the days of Swing, Big Band and Bebop. From Sinatra to Charlie Parker, they are comfortable in all popular music from today and yesterday. Leading the sound is Jim Voshell on the Tenor Saxophone. Backing up his formidable technique is Larry Haavik on the piano and synthesizer, Mike Morris on drums and Bill Pachucki on the Upright Bass. 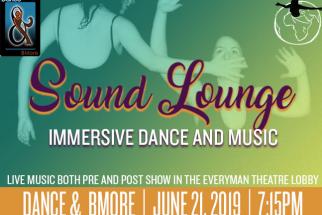 The sounds of Jacqueline Marie Butler's world come to life through new lobby experiences pre and post-show. Enjoy a fun, festive, lounge after the play every Friday night in June. The bar stays open and music continues. Be introduced to incredible local musicians, bands, and other artistic organizations showcasing work inspired by the powerful narrative of the Queens Girl Rep. 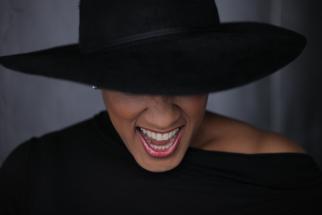 In a span of two decades, eleven recordings and countless stage performances, vocalist René Marie has cemented her reputation not only as a singer but also a composer, arranger, theatrical performer and teacher. Guided by powerful life lessons and rooted in jazz traditions laid down by Ella Fitzgerald and other leading ladies of past generations, she borrows various elements of folk, rhythm and blues, and even classical and country to create a captivating hybrid style. Her last album, Sound of Red, earned her a Grammy Nomination for Best Jazz Vocal Album in 2017. 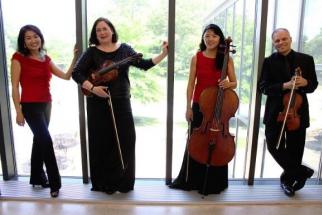 Celebrating 10 years as ensemble in residence at the Delaware Art Museum, this sparkling chamber ensemble will perform Handel-Halvorsen Passacaglia Duo for violin and cello, Mozart Piano Quartet in G minor and Piazzolla Histoire du Tango, arranged for Piano Quartet by Pyxis’ violinist, Luigi Mazzocchi. Nina Cottman will join the group for this performance. 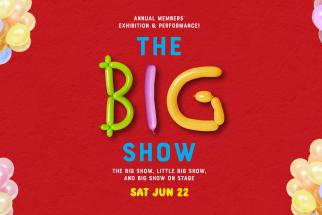 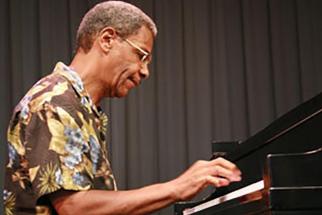 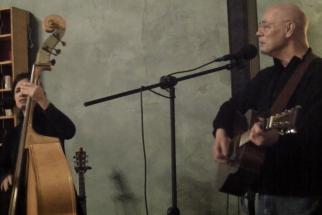 Monthly "open mike" Folk Music Night is held Saturdays from 7:00-10:00 pm. Admission is free, but donations are welcome. Further info: 410-529-7176. The featured performers this month are Lark Rize. Their website is http://www.larkrize.com/ . 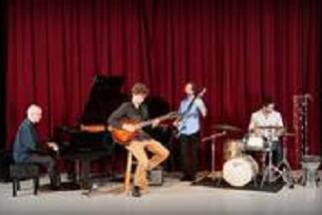 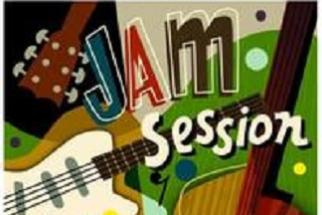 Come join our new weekly jam session, every Sunday at 7pm, in the downstairs bar at Germano's! Mike 'n' Ike will provide the house rhythm section, while Germano's provides a fabulous bar featuring everything from fresh carrot juice to old whiskey, plus fantastic food, all in a comfortable bar in the heart of Little Italy. Come join host Ian Rashkin (bass) and the rest of the rhythm section to play your favorite jazz standards, and not-so-standards; all instruments and vocalists welcome. 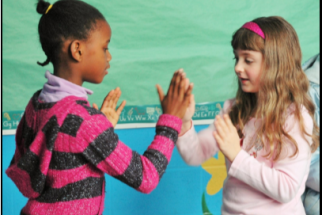 Summer Crickets is here! Offered by Children’s Chorus of Maryland and School of Music (CCM), Crickets gently encourages young children to explore the voice as their first true instrument. Our one-week Summer Crickets session is a wonderful way to kick off the summer and introduce your little one to music fundamentals! Crickets is a fun, play-based music and movement class for boys and girls ages 4 to 6. Trained teachers engage the body and the mind in joyful music-making through musical games, art activities and movement. Snacks and all materials will be provided! 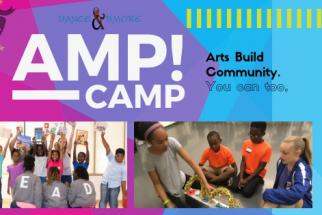 AMP CAMP IS BACK!

Campers are mentored by award winning arts educators who use the arts to build community and confidence in young people that will last far beyond their summer. NOTE – Campers have many opportunities for performances and mentorship beyond the one week camp. 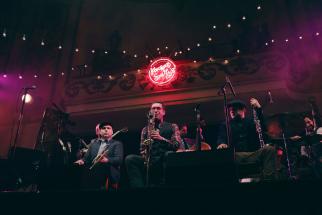 Fresh off his jaw-dropping performance at our annual Django Jazz Fest, clarinet virtuoso Giacomo Smith brings his entire group from London for a swinging mid-week show.

From the moment they played their first note five years ago, the Kansas Smitty's House Band has set out to reinvent how audiences experience jazz. The House Band is a tight-knit outfit that make jazz inclusive with an emphasis on camaraderie, spontaneity, and joy. 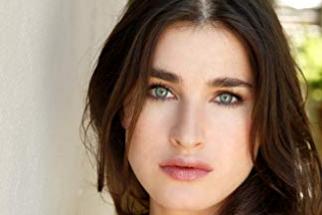 Mariah Bonner is a Baltimore born actress, singer and producer. She was classically trained at The Guildhall School of Music& Drama in London, and has appeared in films, television and theater productions in Los Angeles, London, Paris and New York. She is best known for her leading roles in John Hyams’ UNIVERSAL SOLDIER: DAY OF RECKONING and STARVE, directed by Griff Furst.

Television credits include CSI, Rules of Engagement, Switched at Birth and Scorpion. 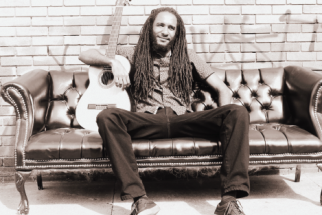 Currently a local presence in the New Orleans music scene, GeovaneSantos, a native Brazilian from the city of Belo Horizonte, is a guitarist, composer, arranger, vocalist, educator, and awardee of the 2017 Louis Armstrong Foundation Jazz Composer Award through ASCAP in association with the University of New Orleans (UNO). 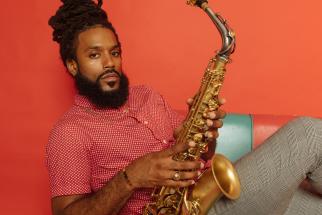 Closing out a month of jazz, Baltimore-born, award-winning saxophonist, Birckhead steps away from the Lauryn Hill touring band to present his own group. 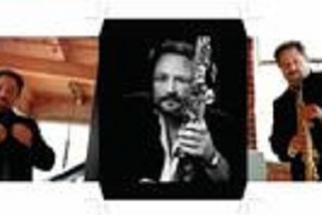 Mark Kraemer is an extraordinary musician, saxophonist, composer and recording artist, specializing in bebop, R&B and gospel styles. Mark’s sound and approach exemplifies his musical influences and life experiences. He plays alto, soprano and tenor saxophones, piano and wind controller. Mark comes from a family of accomplished musicians. His aunt taught him to play piano at age 6. His father taught him clarinet at age 7 and at 8 years of age he performed his first jazz piece with an upright bassist, piano and drummer. He attended Peabody Institute where he studied clarinet. 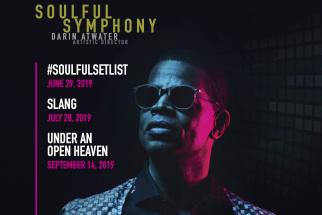 Soulful Symphony takes the stage June 29 with #soulfulsetlist. Continuing its mission of exploring the rich diversity of American Roots Music, Soulful Symphony captures the magic and wonder of one of the most iconic stages in the country with a mash-up of American anthems covering every conceivable style and genre – original orchestral arrangements, magnificent vocal performances and spectacular dancing. It’s the ultimate Remix. This is what makes Soulful Symphony unlike any orchestral ensemble in the world. 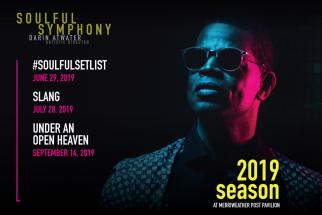 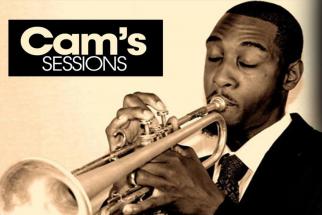 In the best of Baltimore traditions, enjoy an evening of swing, jazz, blues, and bebop with Cam Sterrett and the Camz Soundz & Vibrationz quartet. Featuring Cameron Sterrett on trumpet, Jeron White on bass, Yawn Jones on guitar, and Julian Berkowitz on drums.

Doors at 7:30pm; concessions available before and during the show. Tickets $20 at the door so save money by purchasing yours in advance!